You’re not from around here. No, not just this town. This world. This time period. Maybe even this universe. You really, really don’t belong in this place.

You’ve found something, though. A gap in reality, a place where things are just weak enough that they’ll tear if you prod them. You’ve found the Paths, and they’re as strange and weird and wonderful as you could have hoped for.

Lonely, explorative, and free. The Lost doesn’t wholly belong in this world with everyone else. They’re an outsider not just within the community, but to reality itself.

The Lost is a playbook for Monsterhearts 2e who doesn't belong here. They can travel back and forth between the Paths, places both strange and otherworldly, such as secret passages beneath the town, a faerie forest, a post-apocalyptic future, or a shadowy version of your town. They can take others to the paths, make a shelter, and always, always run away.

For more Monsterhearts 2e skins, check out The Hunted, The Goblin, The Mare, The Succubus, The Knight, The Necromancer, The Caged, The Kelpie, The Seer, The Bogeyman, and The Heartless.

This Skin is heavily inspired by the web serial Pale, by Wildbow. 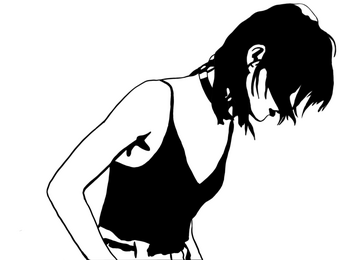