You’ve never been a part of the world everyone else grew up in. You lived most of your life in a cage; a comfortable cage, maybe, or a beautiful one, but still a cage. It is strange out here.

You’re free now, or at least more so than you’ve ever been. You’re sheltered and too different to ignore, but maybe you can find a way to fit in despite it all...

Trapped, naive, pliable, and eager to experience. The Caged has been kept away from the rest of the world for most of their lives, and is only now getting to experience for the first time what is normal to everyone else.

The Caged is a playbook for Monsterhearts 2e that focuses on the effects of being trapped and suddenly finding yourself free. Touchstones include giant's daughters, former cultists, sealed-away gods, and teens with helicopter parents. The mindset of The Caged begins Sheltered, but may eventually become Experienced as the world takes its toll on them.

For more Monsterhearts 2e skins, check out The Hunted, The Goblin, The Mare, The Succubus, The Knight, The Necromancer, The Kelpie, The Seer, The Bogeyman, and The Heartless.

Wow.So could be any sort of supernatural creature but really focuses hard on the separation from society and the way they interact with people and learn about what happens. Best for a character who doesn't necessarily have supernatural powers so much as a supernatural origin, or who only gets to use those powers in situations that would require a custom move. You could also do the child of a witch family who doesn't get out much but all the magic they do has to be done as a group so requires custom moves. Very interesting and focused, the moves suggest scenes. Their romantic angle interests me the most since initially when turned on, they can ignore it and be naive and they have a kiss move instead of a sex move and spend XP to change to something else. Flavorful and interesting and the stories almost write themselves with this playbook which is something I love. 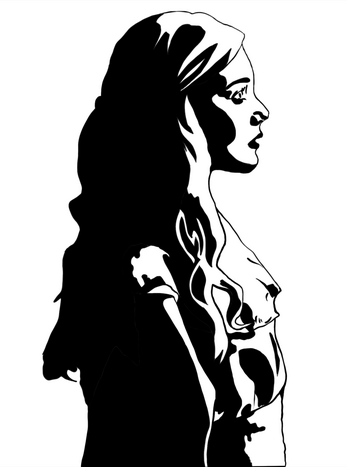